Prior to MATLAB R2017b, MATLAB ships with Java 7, but ImageJ2 requires Java 8. You will need to change your MATLAB installation to use Java 8, by following the instructions for your platform: Windows, macOS or Linux.

If you run MATLAB R2017b and later, you don’t need to do this, as it ships and uses Java 8 already.

ImageJ-MATLAB is an extension which:

Using the Script Editor you will be able to select MATLAB from the language menu. You can also install and run .m scripts via the standard script plugin infrastructure.

Actually running a MATLAB script from ImageJ2 is effectively like calling eval on the script’s contents. The script will be evaluated as such in a remote MATLAB instance (which will be launched automatically, if needed). Note that only scripts, not functions, can be evaluated in this way. See the MATLAB documentation for an explanation of these concepts.

NB: Because of the similarity to eval, when you need to assign character vector or string with special characters, they need to be escaped. A typical example is the handling of file/folder paths in Windows. Thus,

will end up in an error in MATLAB:

You need to escape backslashes as below:

For more details, see documetation for sprintf and learn about Special Characters.

Options for controlling the startup of MATLAB, or killing existing MATLAB processes (e.g. if hidden) can be accessed via: Edit › Options › MATLAB…

Because the script is being passed from ImageJ2 to a remote MATLAB, MATLAB will not have access to ImageJ2’s classpath. Objects can be passed as variables to MATLAB (e.g. by using script parameters) but only if they are valid MATLAB classes or specially handled classes.

Scripts requiring direct access to classes from ImageJ2, or from the original ImageJ (without auto-conversion support) should launch ImageJ2 from within MATLAB.

For example, by default all MatlabNumericArrays will be converted to matrices within MATLAB. We also support auto-conversion of ImageJ2 Dataset out of the box, which can be read in by scripts using matrix parameters:

This script will take the active Dataset, set it as an array variable named “data” in MATLAB, and set the matrixSum output value to the sum of the first three dimensions of the dataset.

MATLAB retains state (e.g. declared variables) as commands are executed, and ImageJ2 makes no special effort to clean up after a script. So whether running internally or communicating externally with MATLAB, state will be available to and persist after script execution. Thus one can, for example, write scripts in ImageJ2 referencing variables declared in MATLAB, without actually initializing them in the script.

The caveat to global state is that, when running ImageJ2 externally, ImageJ2 and MATLAB run in separate JVMs. As a result, most objects can not be passed between the two. This makes Datasets (and arrays) the currency that is passed between these applications.

Most of the scripting languages supported by ImageJ2 have implicit return values. As mentioned above, ImageJ2 will only execute true scripts, which do not have return values (in the MATLAB functional sense). There is a similar concept in the ans variable, which automatically gets the return value of executed statements if they are not explicitly assigned. However, due to the global nature of the ImageJ-MATLAB script language, it is not necessarily clear if ans was set by the script or a pre-existing command. Thus the decision was made that ImageJ-MATLAB scripts will never implicitly return a value. Instead, the #@output annotation should always be used - even for ans, as shown here:

To reference Java classes from MATLAB you will need to import them.

Unlike the original ImageJ, ImageJ2 (and therefore Fiji) does not automatically import any classes. Consequently, scripts written for ImageJ will not run in ImageJ2 without adding the proper imports. The rationale is that the auto-import feature is not safe. What if two classes of the same name live in two different packages? Or if a new class is introduced that makes formerly unique names ambiguous? All of a sudden, all of the scripts that reference the original class no longer work. In short: auto-imports are dangerously imprecise.

Instead, you can launch ImageJ2 inside MATLAB and have it take care of managing the class loading for you. MATLAB then supports the use of import statements to simplify class names.

MATLAB versions prior to R2017b need to be tweaked to use Java 8 instead of Java 7.

The ImageJ-MATLAB update site provides an ImageJ.m script that will start up an ImageJ2 instance inside a running MATLAB application. Launching the script is the same as for Miji:

Now, you should see a new ImageJ2 instance shows up as a window.

In your MATLAB base workspace, you’ll find a variable IJM, which is a net.imagej.matlab.ImageJMATLABCommands Java object. IJM offers a few useful methods as below:

In the MATLAB command window, you’ll see something like this:

The startup process automatically injects the ImageJ2 classpath into the MATLAB classpath, merging the two. At this point, you’ll have a working ImageJ2 and can now run MATLAB scripts as normal with access to the full unified classpath.

Show a MATLAB array I as an image in ImageJ2

Retrieve an image data in ImageJ as a MATLAB array I

The following Java commands work in MATLAB command window to open a sample image in ImageJ. 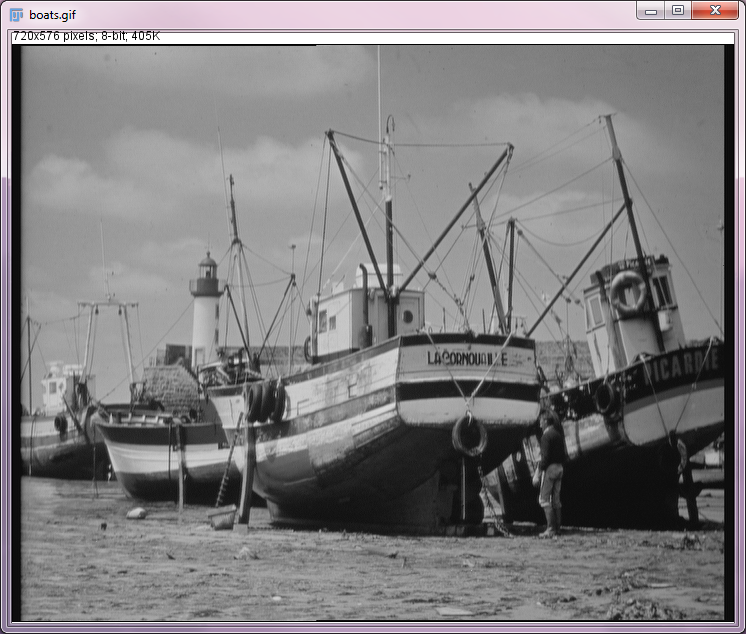 Opening a MATLAB array as an image in ImageJ2

The following will open a MATLAB array data as an image in ImageJ2. Note that the X and Y of the image are transposed in ImageJ2 in the second image (see Limitations of IJM.show() above). 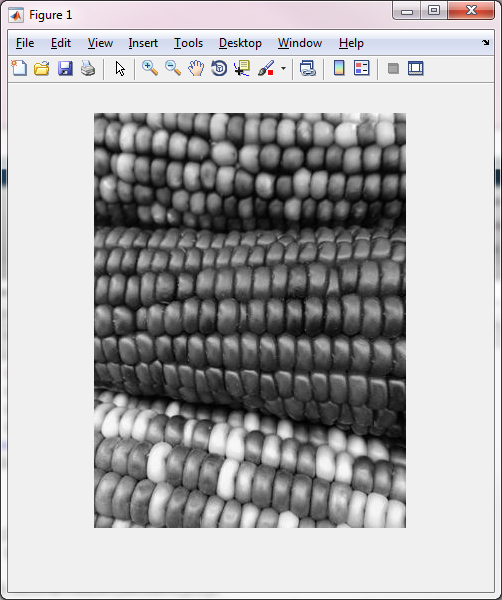 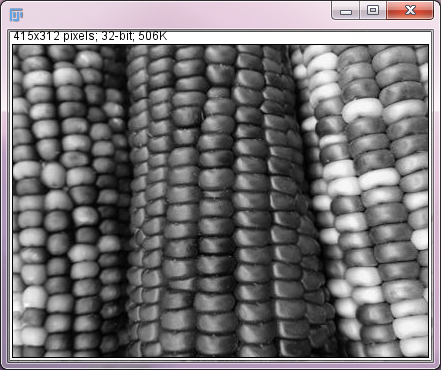 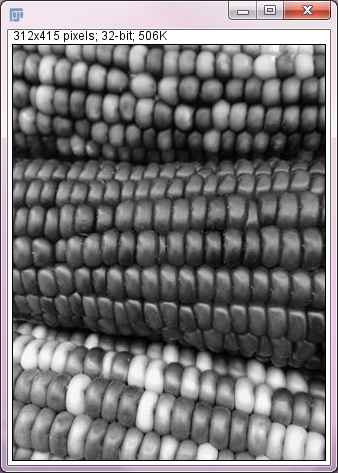 A more general solution to this issue of X-Y transposition can be achieved by permute function of MATLAB. But please beware of memory demands by permute.

If you wish to show an image with ImageJ from within a MATLAB function, you can achieve that by using copytoImagePlus as below:

Retrieving a MATLAB array data from an image in ImageJ2

Additionally, the Scripting-MATLAB library also includes an extensible MATLAB command framework. This allows for the creation of utility classes that will be automatically populated into MATLAB variables for easy access. For example, you could use ImageJ2 to open a dataset and perform thresholding (or any other processing steps), then in MATLAB use the IJM.getDatasetAs(name) command to set the active dataset as a MATLAB matrix variable with a specified name, for further analysis.

For example, instead of using a script as described above, we could achieve the same result by executing the following commands in the MATLAB prompt:

If you wish to assign the numeric data of an ImageJ2 image into the Workspace of a MATLAB function, rather than the base Workspace, you can achieve that by making the variable global as below:

Opening a 2D-5D MATLAB array as a Hyperstack in ImageJ

If you use copytoImagePlus, you can open a 2D-5D MATLAB array as a Hyperstack with the right image type (8bit, 16bit, and 32bit for uint8, uint16, and other types of MATLAB array, respectively) in ImageJ with a simple syntax. Also, you can use copytoImagePlus within a MATLAB function independently of the IJM variable in base workspace.

IJM.show(name) cannot reproduce the dimensions and the data type. Channels (C), slices (Z), and frames (T) are all treated as frames. Image type is 32 bit. 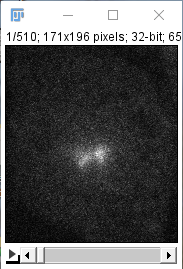 copytoImagePlus can keep the dimensions and the data type. 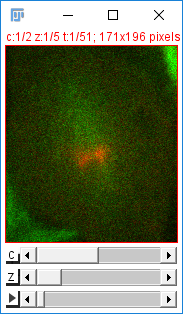